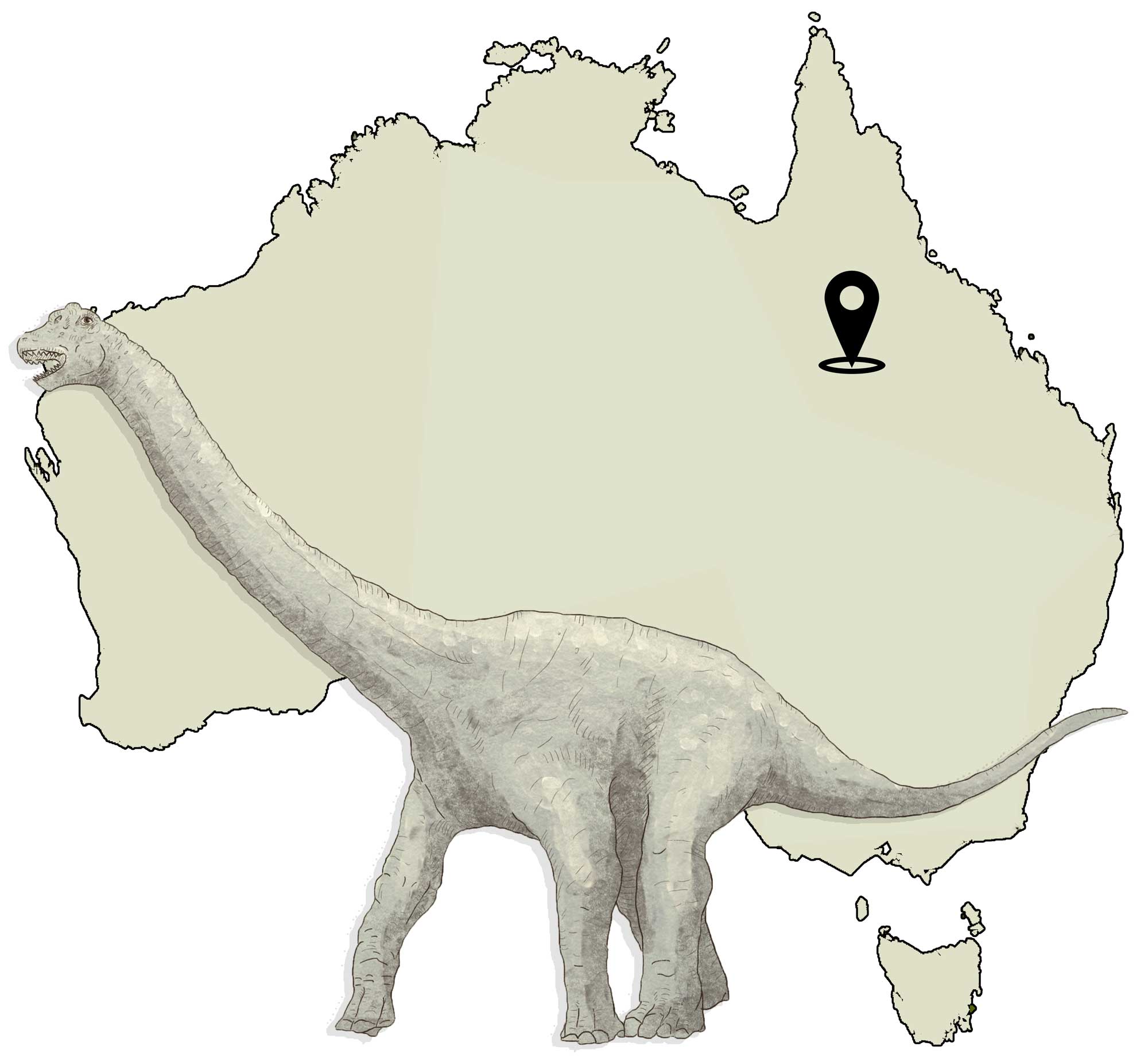 The site was not revisited by palaeontologists until 2004, when David Elliott was invited to look at several sites on the station. It was soon realised that one of the sites found by Ian and Sandra Muir (the latter being Keith Watts’ daughter) might actually have been one of those found back in the 1970s. In 2005 surface material was collected from the site, and some of the fragments were found to click back into place on to pieces excavated during the 1970s.

In 2006 the Australian Age of Dinosaurs Museum returned to the site again and conducted a larger scale excavation, which led to the discovery of more bones deeper within the site. The newly augmented specimen was reassessed, and it became clear that it did not belong to Austrosaurus. In 2009, Dr. Scott Hocknull and others named this specimen Wintonotitan wattsi; it had been affectionately named “Clancy” by AAOD. More recently, in 2015, Dr Stephen Poropat and colleagues reassessed Wintonotitan, highlighting its distinctness from the contemporaneous Diamantinasaurus.

Description
“Clancy”, the Wintonotitan type specimen, comprises several vertebrae (mostly from the tail), rib fragments, chevrons (which hang below the tail vertebrae and enclose a blood vessel running along the length of the tail), partial bones from the forelimbs, and shoulder and hip bones. It is a fairly complete specimen by Australian standards, but it is not very well preserved; this has made it very difficult to work out where Wintonotitan sits on the sauropod family tree. That said, it is clear that it belongs to a group of sauropods called Titanosauriformes, but that it is not a true titanosaur. It is more primitive than Diamantinasaurus and appears to belong to a group of titanosauriforms called somphospondylans, so named for the internal texture of their vertebrae in front of the hips.

Although some of the Wintonotitan specimens were suggested to be osteoderms (armour plates) in 2011, it has since been demonstrated that this was incorrect. The bones identified as “osteoderms” are in fact fragments of vertebra.

Wintonotitan was 16–17m long, 3.5m tall at the shoulder, and would have weighed approximately 20 tonnes. It was somewhat more lightly built than Diamantinasaurus.

Back to Dinosaur menu    Next - Amblydactylus