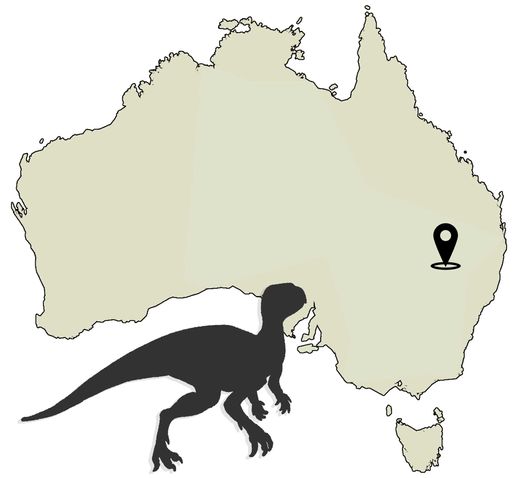 Discovery and publication
Found at Lightning Ridge, New South Wales, sometime before 1909 by opal dealer Tullie Cornthwaite Wollaston. It was named by German palaeontologist Friedrich von Huene in 1932 (along with Rapator and Walgettosuchus). The specimen is held at the Natural History Museum, London, United Kingdom.

Description
The original specimen of Fulgurotherium is a partial opalised femur (only the bottom section is preserved). When it was first described by Friedrich von Huene, he thought it was from a theropod. The discovery of additional dinosaur material at Lightning Ridge led Ralph Molnar and Peter Galton to suggest that Fulgurotherium was, in fact, a small, primitive ornithopod.

Tom Rich and Pat Vickers-Rich suggested that some ornithopod thighbones from Victorian Cretaceous sites were identical to those described by Molnar and Galton from Lightning Ridge. However, because Fulgurotherium was originally only named on the basis of a femur fragment, it is hard to prove that these Victorian bones were from the exact same type of dinosaur rather than a close relative. Currently, Fulgurotherium is considered a “nomen dubium”—a doubtful name.

Even though all that is preserved of Fulgurotherium is a partial limb bone, by comparing it with other similar dinosaurs we can fairly accurately gauge its size: it would have been between 1–1.5m long, and it was a bipedal, herbivorous ornithopod dinosaur.

Back to Dinosaur menu    Next - Galleonosaurus