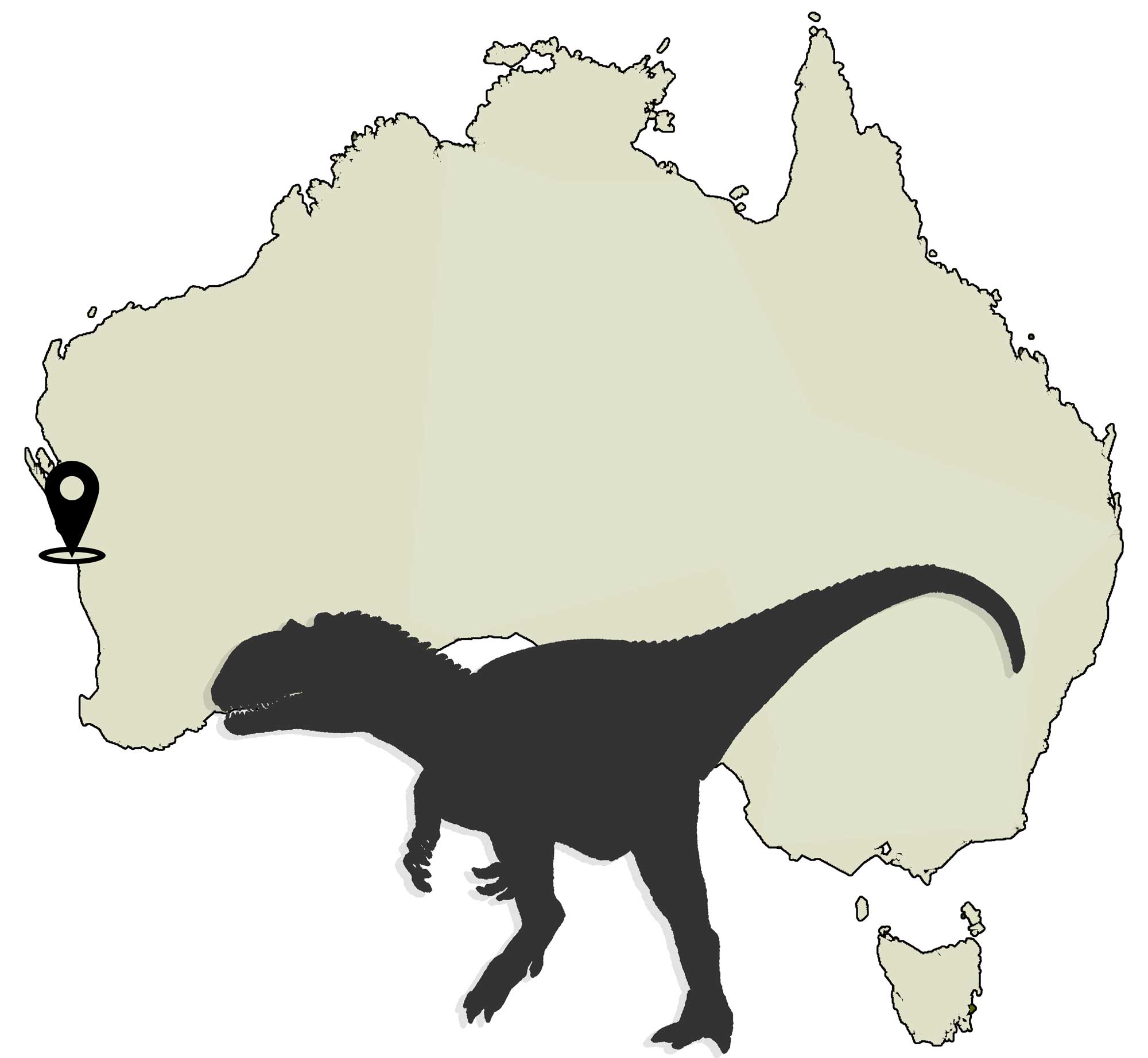 Discovery and publication
Found near Geraldton, Western Australia, in 1966, by four year 12 Scotch College school boys (Steven Hincliffe, Peter Peebles, Robert Coldwell and Trevor Robinson). They showed it to Professor Rex Prider of the University of Western Australia, who made a replica and sent it to the British Museum of Natural History; there, Dr Alan Charig identified it as possible turtle. In 1989, John Long was appointed Curator at the Western Australian Museum, and he had the specimen prepared, soon after realising that the bone was from a dinosaur. With Ralph Molnar, John named and described the bone, which turned out to be a partial theropod shinbone, as Ozraptor in 1998.

Description
Ozraptor is the oldest dinosaur in Australia known from a fossil bone, but all that is preserved is the lower portion of a left shinbone. It has proven quite difficult to determine the place of Ozraptor on the theropod family tree, let alone how big it was or what it looked like. It was presumably bipedal, like all theropods, and ranged from 2–3m long.

It is possible that Ozraptor is a type of theropod known as a ceratosaur, but more remains are required to prove this.

Back to Dinosaur menu    Next - Qantassaurus