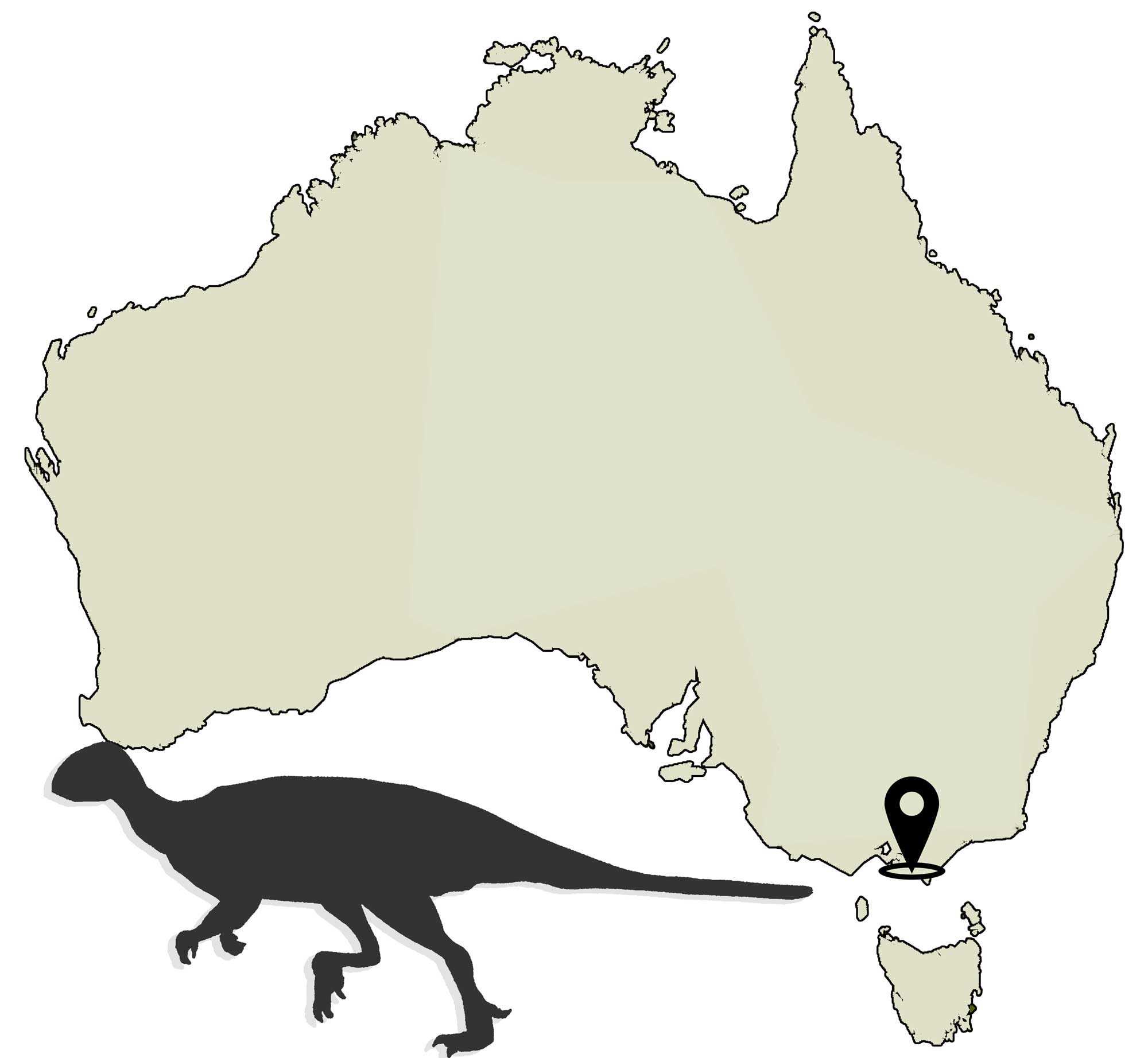 Description
Qantassaurus was established on the basis of a lower jaw with teeth, as well as two additional referred lower jaws with teeth. It is quite short from front to back, suggesting that this ornithopod had a short face, and the presence of only 12 teeth is a unique feature (given that other small ornithopods tend to have 14 or more).

The teeth of Qantassaurus are almost the same as those of Atlascopcosaurus, although the jaws are very different in structure. The teeth of both of the aforementioned genera are very different to those of Leaellynasaura. Like those of all ornithopods, the teeth of Qantassaurus were adapted for chewing and grinding up plant matter, which would have fallen out of this dinosaur’s jaws had it not had fleshy cheeks to keep the food in.

Qantassaurus was recently included in an analysis of bird-hipped dinosaur relationships and was found to sit within a group of small-bodied ornithopods including the Australian Atlascopcosaurus and two Argentine forms (Gasparinisaura, Anabisetia). This suggests that Qantassaurus and its relatives thrived in Gondwana during the mid-Cretaceous.

Qantassaurus was bigger than Leaellynasaura: 1.8m long, and 1m tall.

Back to Dinosaur menu    Next - Rapator