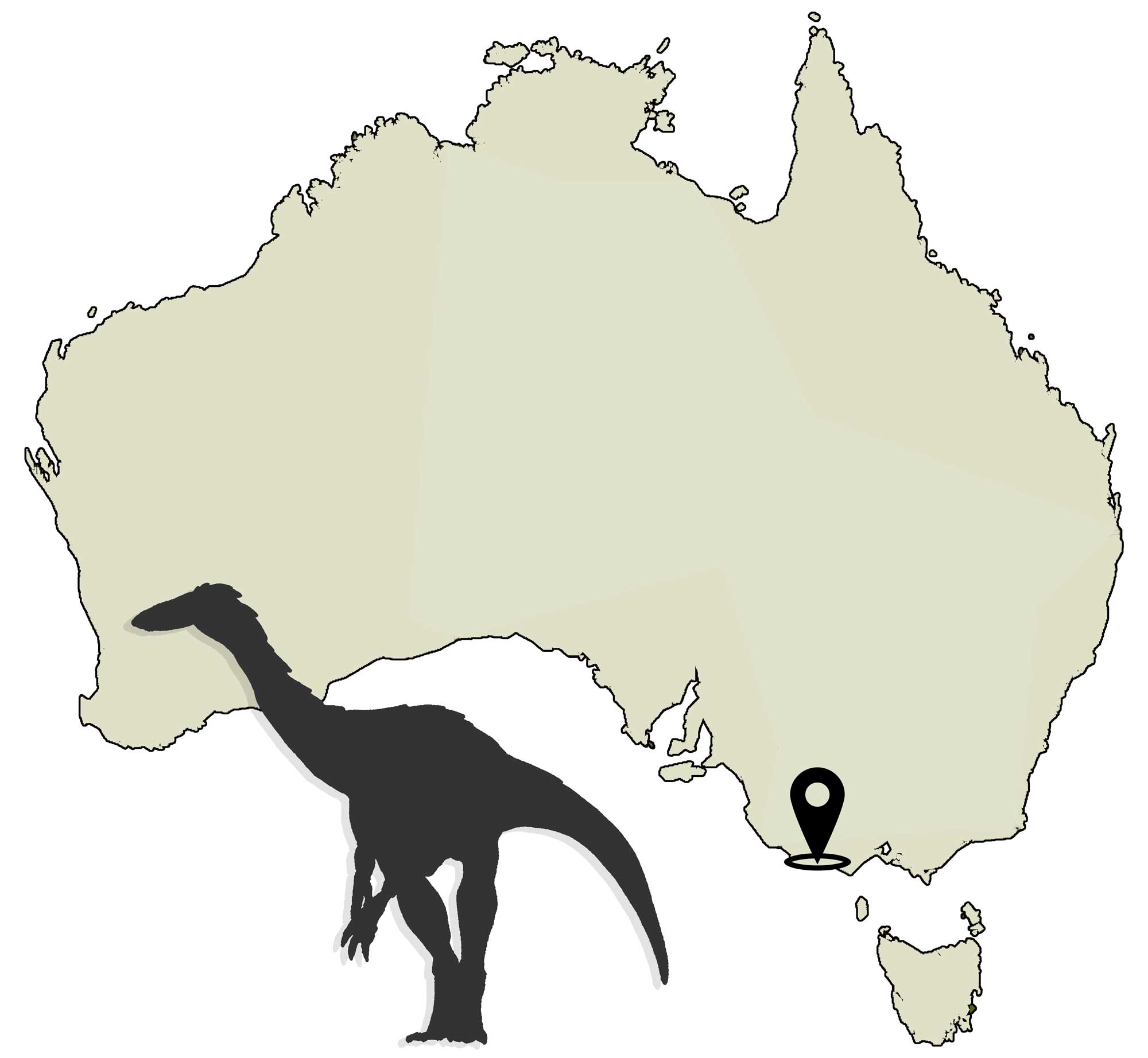 Discovery and publication
Found at Dinosaur Cove, Victoria, in 1991. Timimus was named and described by Tom Rich & Patricia Vickers-Rich in 1994.

Description
Timimus was established on one of the largest dinosaur bones ever found in Victoria, a long and slender thighbone. Another, smaller and presumably juvenile thighbone was found close by. Initially, it was thought that Timimus might be related to the ostrich dinosaurs (ornithomimids), hence the name. This was viewed as being particularly interesting, since no definite ostrich dinosaurs had ever been found in the Southern Hemisphere to that point, although some have been found since. However, it is now thought that Timimus was not an ornithomimid; rather, it has been tentatively allied with the tyrannosauroids, the group which includes Tyrannosaurus and its cousins, or identified as a more primitive type of coelurosaur.

The internal structure of the thighbone of Timimus was studied in the same way as that of Leaellynasaura. Evidently, Timimus’ thighbone does show lines of arrested growth; perhaps it hibernated during the colder months.

Timimus, like so many other dinosaurs based only on one or two bones, is considered by some palaeontologists to be a “nomen dubium” (a doubtful name).

Back to Dinosaur menu    Next - Walgettosuchus