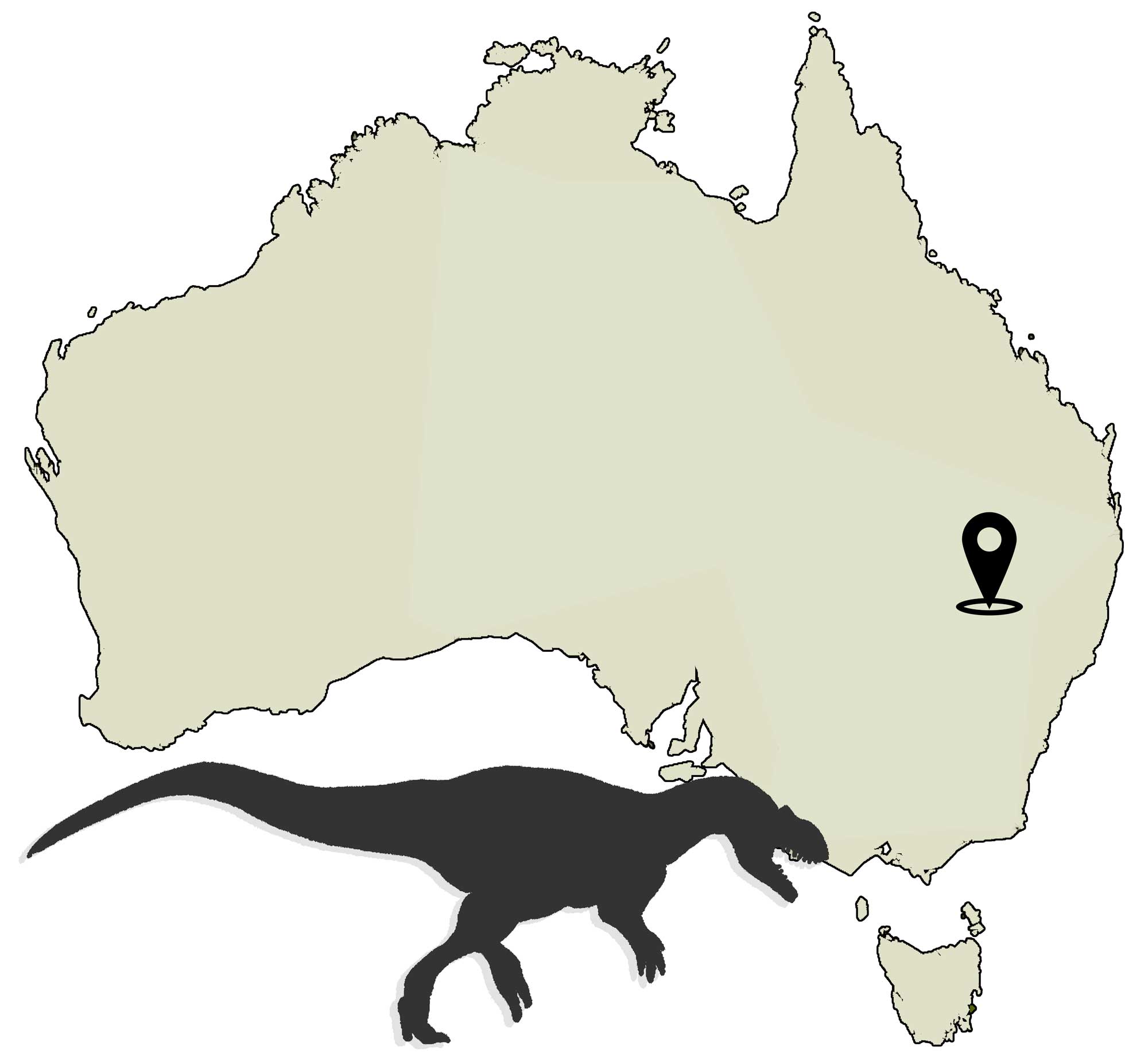 Discovery and publication
Found at Lightning Ridge, near the town of Walgett, New South Wales, sometime before 1909 by opal dealer Tullie Cornthwaite Wollaston. It was named by German palaeontologist Friedrich von Huene in 1932 (along with Rapator and Fulgurotherium). The specimen is held at the Natural History Museum, London, United Kingdom.

Description
All that is known of Walgettosuchus is a single opalised vertebra from near the end of the tail. Although von Huene originally thought that this vertebra was very similar to those of the ostrich dinosaurs (ornithomimids), it is now considered to be virtually impossible to define a dinosaur on the basis of a single tail bone—a problem exacerbated the further towards the tip of the tail you go. Furthermore, it is impossible to prove that Walgettosuchus and Rapator are the same dinosaur, as some have contended, because Rapator is only known from a hand bone and cannot be compared with Walgettosuchus. Walgettosuchus is considered to be a “nomen dubium” – a doubtful name.

Although it was definitely a theropod, it is virtually impossible to determine the size or shape of Walgettosuchus.

Back to Dinosaur menu    Next - Weewarrasaurus